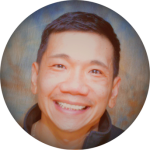 Aaron was born in 1973 in a small village in South Vietnam, during the Vietnam war. He is the 7th son of a 7th son.  He has an identical twin brother who is the 8th son. At the early age of 4 months, both boys were adopted by a Caucasian American Army family.

At a very young age he was identified as gifted and could pick up new skills simply by watching another person. He was always a straight A student and excelled in many areas. In addition to writing he also is a talented artist, singer, dancer, and web designer. Children and animals have always been very fond of Aaron, due to his kind, warm energy.

As a young child he always had a voracious appetite for books, with incredible reading speed he would devour books in an afternoon.  He has a semi-photographic memory and can instantly recall textbooks at will. As a child he realized that life was not so adventurous and he would turn to books to escape into someone else’s world, at least temporarily. After reading thousands of other author’s work and styles, he found himself very critical of other’s work and wanted to write something really good, in a literal sense and as his contribution to society and the world. When it came to creating Angel Academy he thought of the stories he read as a child, and what made them so special? The answer was so simple it was staring him in the face. Children of all ages want a magical place where they can live, even if for just an hour at a time.

He has a bachelor’s degree in marketing from the University of Nebraska, Kearney. He also holds a master’s degree in business administration, human resources/relationships. Corporate highlights include director of marketing, social media director, product manager, director of web design, webmaster, human resource manager, sales, trainer, & customer service, plus many more. He has been published in numerous trade journals, newsletters and online blogs.

The author just celebrated his 41st birthday and currently resides in Denver, Colorado. When he is not writing books, he is busy designing websites for small business owners and other authors. You can visit his website at: www.opusdeorum.com. He designed and created the website for Angel.Academy. He enjoys fantasy fiction, science fiction and has been an avid comic book reader since he was a young child.